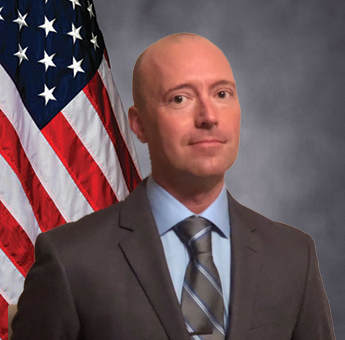 (INDIANAPOLIS) – Commissioner Rob Carter and the Indiana Department of Correction (IDOC) are pleased to announce the promotion of Troy Keith to Director of Parole Services.

Troy Keith began his career with the Indiana Department of Correction in 1998 as a correctional officer at Putnamville Correctional Facility. During his tenure at Putnamville Correctional, he climbed the ranks before leaving as a Captain in 2013 to join parole as the District Supervisor of Terre Haute Parole. In December of 2018, Troy was promoted to Deputy Director of Operations of Parole services, assuming supervision of all ten state parole districts day-to-day-operations.

“I am thrilled to have Troy continue his career with IDOC as our Director of Parole Services,” said Commissioner Rob Carter. “His leadership aligns with our agency’s vision to return productive citizens to Indiana communities by inspiring a culture of accountability, integrity, and professionalism.”

During his 21 years of dedicated service, Troy has served as the commander of the Special Emergency Response Team for 13 years, a member of the Fugitive Apprehension Unit, and has graduated from the Correctional Police Officer and Experienced and Emerging Leadership Academies.

The Indiana Department of Correction is currently seeking qualified candidates to join their team. To jump-start your career in corrections visit WorkForIndiana.IN.gov and apply for a correctional officer or correctional caseworker position today.