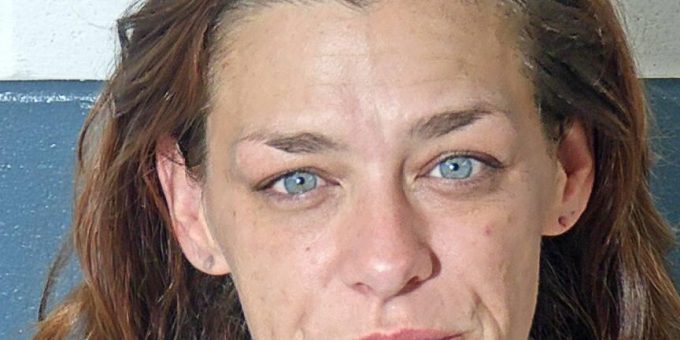 (BEDFORD) – A Bedford woman was arrested on drug charges after a traffic stop early this morning at Madison Street and Breckenridge Road.

Bedford Police arrested 36-year-old Ericka Asbury on charges of driving while her driver’s license was suspended with a prior conviction, possession of cocaine or a narcotic drug, unlawful possession of a syringe, possession of drug paraphernalia, trafficking with an inmate.

“Ms. Asbury told officers she didn’t have a valid license which was confirmed through BMV,” says Bedford Police Chief Terry Moore. “She gave officers consent to search her vehicle and officers located in plain view syringe caps and eventually located a used syringe, and a spoon with burnt residue.”

Officers transported Ericka to the Bedford Police station for processing and before taking her into the jail she was asked if she had anything illegal hidden on her.

“She denied having anything on her,” says Chief Moore. “She was booked into jail and while changing out clothes jail staff located several syringes, a spoon with burnt residue, and a lighter concealed on her. The spoon and syringes both tested positive for heroin.”