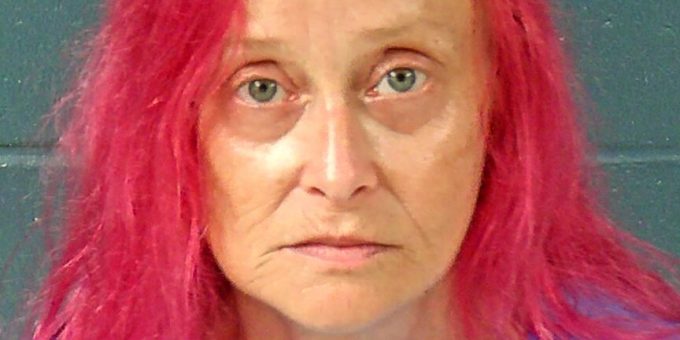 (BEDFORD) – Lawrence County deputies were called to a home in the 300 block of East Boyd Lane Wednesday morning after a report of a woman causing a disturbance.

When officers arrived, a female told police 48-year-old Lydia Taylor had threatened to harm her.

“This threat stemmed from an earlier domestic violence call from the same home where the caller claimed Taylor injured her,” says Chief Deputy Aaron Shoults.

After that incident, officers determined that Taylor threatened to kill the victim.

“The victim feared for her life,” added Chief Deputy Shoults.

Taylor was arrested on a charge of intimidation and transported to the Lawrence County Jail.