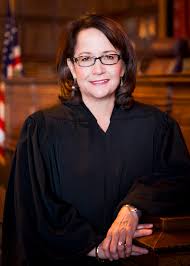 (INDIANAPOLIS) — A state board is poised to decide whether to keep Indiana’s first female chief justice as leader of the state’s highest court.

Chief Justice Loretta Rush is seeking a new five-year term in the position she’s held since 2014. The Judicial Nominating Commission is scheduled to vote Wednesday after hearing from Rush and the four other Indiana Supreme Court justices.

The 61-year-old Rush was appointed as a justice by Gov. Mitch Daniels in 2012 after 14 years as a Tippecanoe County judge in Lafayette. The judicial commission picked her as chief justice after Brent Dickson stepped down. Before Dickson, Randall Shepard led the court for 25 years.

The chief justice is selected from among the court’s five members.