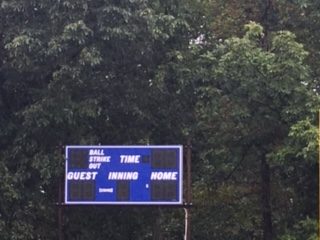 The mowers have 37.4 horsepower, 4-wheel-drive traction, and 72-inch cutting width.

The Parks Board approved the purchasing the mowers from Reynolds Golf & Turf.

Barry Jeskewich reports a lot of work has been done at the Beech Grove Cemetery taking care of bushes, trees, and shrubs. Crews have spent a lot of time making sure the cemetery is looking good.

Also, work has been completed next to the Little Theater. Officials hope to asphalt the walkway between the Beech Grove Cemetery and Little Theater in the near future.

Bedford Parks Department crews continue to work at the soccer fields. They cut some trees, placed a chain link fence up and fabricated railing. The steps were done by Orbit Soccer.

The tennis courts have had new practice boards replaced. A pickleball court at Thornton has been added with plans to host a tournament in the future.

Volunteers are needed for the Limestone Capital Half Marathon on October 5th. It was suggested during the meeting that Park Board members man the water stations during the event.

The Parks Board is planning a fundraiser to help repair the wall at Otis Park. The fundraiser is slated for August 15, 2020. Three bands have been tentatively scheduled, and the Bedford Recreation Association will be partnering on this event.

Quotes are being obtained for the costs of the project. One bid has already been submitted with another quote expected to be submitted by next week.

The Parks Board approved a revision for rental agreements on some events on parks department properties. A revision to rule number 4 added a layer that requires the renter to obtain proper permits from the Department of Homeland Security. Most of this comes about from the incident at the Indiana State Fair several years ago, with the collapse of the stage. In the rental agreement, it states that the renter will be responsible for obtaining the permits if needed. Not all events are required to have the permit.

Recreation Director Gary Dorsett provided updates on many events that happened or will take place in the near future. These events included a luau that was held on August 2 with 275 people attending. Crane Credit Union sponsored the event, and Clair Roub provided music and entertainment.

On August 27, Dewayne Turpen with the Bedford Fire Department will be conducting a Fire Prevention program at the Wilson Park Shelterhouse at 6 p.m.

Winter Swim will start September 16 at Bedford North Lawrence High School from 8:15 p.m. to 9:15 p.m. on Mondays, Wednesdays, and Thursdays. Special thanks goes out to the BNL High School for letting the parks department use the facilities.

Women’s and Coed Volleyball registrations have started. The cost is $100 per team. Deadline to enter is October 11.

Men’s Basketball registrations are now open. Deadline to register is October 27. The cost is $150 per team. The games will be played at Shawswick Middle School.

Ball Park Days is August 28 at 7 p.m. The bus will depart at 4:30 p.m. at the Bedford Parks Department Office.  The cost is $25 to see the Louisville Bats vs. Columbus Clippers.

This Saturday is the Riley Hospital for Children Softball Tournament. The cost is $200 to enter a team. Deadline to enter is Thursday by 4 p.m. There is room for only 12 men’s teams and eight women’s teams. Gillespie’s First Place Trophies is the sponsor. Mason Lewis will throw the first pitch. St. Vincent’s Stat Flight will be there around 12:30 p.m. Proceeds from the tournament will go to Riley’s Children Hospital. This event will take place at Murray Forest Park.

Fall League Softball is underway, There are eight coed and 14 men’s teams. A second scoreboard has been replaced at Murray Forest Park. Steve and Charletta Turner of  TCI Turner Mass Excavation and Mining donated money towards the purchase.

The Claude Akins Tournament will be held at Otis Park on August 31 and September 1. More than 105 teams will participate. There will be more than $30,000 in prizes awarded.

The PGA Junior League Team finished first in the league this season with a total of four wins and no losses against Bloomington Country Club and Cascades.

Registration for the walk/run race will begin at 7 a.m. until 7:30 a.m. with the event stepping off at 8 a.m. The cost is $25 and includes entry, t-shirt, and cookout at the end of the event. If you do not want to participate in the walk/run you can still purchase a ticket which includes a shirt and cookout.

Registration for the bike ride is from 8 a.m. to 10:15 a.m. Registration is at R Street at the Milwaukee Trail.

Transportation will be provided back to town for the walkers and runners. After the race, there will be a cookout at the Williams Dam.