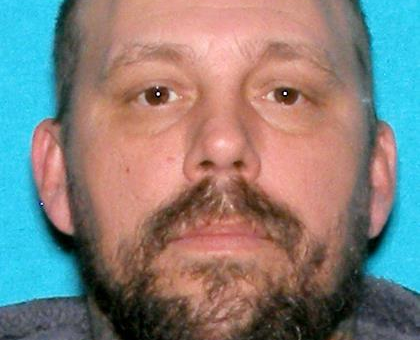 (CAMPBELLSBURG) – On Tuesday, August 13, troopers with the Indiana State Police and Washington County Sheriff’s Office deputies conducted a joint investigation into a marijuana growing operation at a residence on McKinley Road in Washington County.

Police say marijuana, weapons, and potentially explosive devices were located on the property.  One person as arrested at the scene while one suspect remains at large.

The investigation began when officers went to 9625 North McKinley Road, in Campbellsburg, after receiving information that a marijuana grow operation was located at the home.  After arriving, officers made contact with 47-year-old Lewis Steward, who lives in the home.  While at the residence, officers obtained enough information to apply for a search warrant of the property.

Upon serving that warrant, officers located approximately 113 marijuana plants in a hidden room in a building located on the property along with numerous other items indicative of an active marijuana growing operation.  Officers also located numerous firearms and evidence that explosive devices were being manufactured at the home.

Heather Jo Voyles, 31, was arrested at the scene on charges of dealing and possession of marijuana, maintaining a common nuisance, manufacturing a destructive device, possession of drug paraphernalia, neglect of a dependent, and contributing to the delinquency of a minor.

Steward left the property prior to officers returning with the search warrant.

On Friday, August 16, a warrant was issued for Steward’s arrest.  He faces charges of being a violent felon in possession of a firearm, contributing to the delinquency of a minor, manufacturing and distribution of a destructive device, neglect of a dependent, maintaining a common nuisance, dealing and possession of marijuana.

The Indiana State Police would like to remind those individuals who choose to hide out Lewis Steward that they will likely face criminal charges for assisting a criminal.