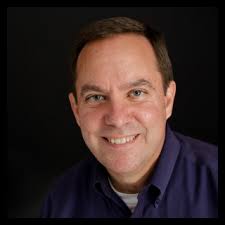 (BLOOMINGTON) – Since the early 1980s, Tom Ellsworth has served as the Senior Minister at Sherwood Oaks Christian Church.

In that time, the church has grown from 80 people to nearly 3,000 people with three locations that include Bedford (Fellowship Drive), Bloomington East (Rogers Road), Bloomington West (Airport Road) and a Spanish service that meets at the Bloomington East campus. Additionally, Sherwood Oaks runs the non-profit coffeehouse, Pourhouse Café, located in downtown Bloomington near the IU campus.

At the age of 25, Tom and his wife Elsie, Sherwood Oaks’ Marriage Coordinator & Premarital Counseling Coordinator, began their ministry with the Bloomington church. Some 40 years later, the couple will be retiring from Sherwood Oaks Christian Church on April 26, 2020.

“What a joy it has been to lead Sherwood Oaks Christian Church and to serve the Bloomington and Bedford communities,” Ellsworth commented. “It’s been an incredible journey, and I’m excited for all that is ahead.”

For the past year, Ellsworth and Sherwood Oaks elders have been meeting and praying about who would succeed him as Senior Minister. They have asked Shawn Green, Sherwood Oaks’ current Bedford Campus Minister, to step into the role of Senior Minister, where he will oversee the staff and preach weekly from the Bloomington East campus.

“Shawn has a great blend of maturity, experience, humility, and vision to make him the right choice,” says Ellsworth. “He has previously served in a large congregation and worked with another congregation to increase its health and unity. His leadership will energize and mobilize the life of this congregation. I believe that our church family is in a very good and healthy spot being debt-free and led by a terrific, younger and talented staff. It’s a good time.”

Green grew up in Cicero, Ind. He graduated from Lincoln Christian College and will be completing a Masters degree from Johnson University next spring. Green previously served at Owensboro Christian Church (in Kentucky) and NorthPointe Christian Church (in Lincoln, Rhode Island). He is married with two daughters.

Green will begin preaching some weekends this fall at the Bloomington East campus and will officially step into the role next April. Officially, the church’s bylaws include that the Senior Minister be approved by the congregation, even as an internal candidate. In addition, Green has requested this step as a way of showing commitment, unity, and support. The vote will happen in the spring, prior to Ellsworth’s last Sunday.

Taking Green’s place as the Sherwood Oaks Bedford Campus Minister will be Bedford resident, Tim Thompson, who currently serves as the main Worship Minister at the Bloomington East campus.

Quentin Bemis, who previously was on staff at Sherwood Oaks, will move back from Portland, Oregon, to take Thompson’s open position as Worship Minister.

For the Ellsworths, as they move into retirement, they want to take their years of experience and use it to encourage and help other congregations, especially smaller, struggling ones or discouraged ministers. Tom is also hoping to write more and is open to doing interim or fill-in preaching. The couple plans to remain as Bloomington residents.

Sherwood Oaks Christian Church is a nondenominational church with three campuses in Bloomington and Bedford, Ind. For more information: socc.org