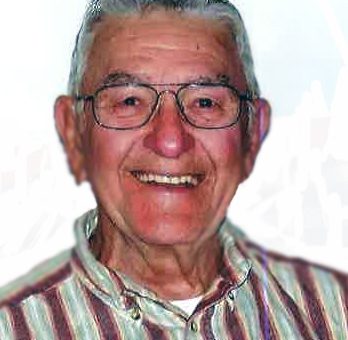 William Mullis, 87, Mitchell, passed away on August 18, 2019, at Mitchell Manor with his family by his side.

William H. “Bill” Mullis was born March 14, 1932, in Mitchell to Claude Clarence Mullis and Emma (Pipher) Mullis. He lived his entire life in Mitchell except while serving as a sergeant in Korea with the U. S. Army during the Korean War. He married Ruth Ann Scott on November 20, 1954, and she survives.

Bill was a federal employee at Crane, working in the machine shop before becoming a supervisor, retiring in 1990. He was an avid outdoorsman, loving the time he could spend hunting, fishing, looking for mushrooms, or simply walking in the woods.

He enjoyed playing in softball leagues and he also attended as many of his children’s, and grandchildren’s, sports and dance activities as he could. He was a member of Spice Valley Baptist Church, and previously a long-time member of Woodville Baptist Church where at various times he served as Treasurer, Deacon, and Trustee.

He will be missed by his many friends.

Funeral services will be held at Chastain Funeral Home at 11 a.m. on Thursday, August 22, with Roger Allen, Pastor of Spice Valley Baptist Church, officiating. Visitation will be at the Chastain Funeral Home in Mitchell from 4 p.m. until 7 p.m. Wednesday and from 10 a.m. until the time of service. Burial will follow in the Mitchell Cemetery with military honors accorded by Cecil C. Martin American Legion Post No. 250 and Marvin R. Davis Veterans of Foreign Wars Post No. 9107.