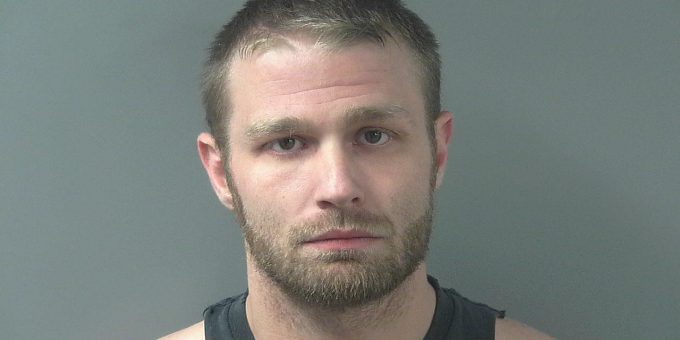 (BLOOMINGTON) – A Bedford man was arrested on Friday after Bloomington Police say that he solicited sex from three minor girls.

Police arrested 29-year-old John Bartlett on charges of child solicitation, possession of meth, and furnishing alcohol to a minor.

Monroe County Sheriff Brad Swain says that Bartlett became a suspect after an adult found a thread of messages between Bartlett and a 15-year-old girl.

Detectives learned Bartlett met with that girl, and two other girls age 12 and 15 and drove them in his car to a nearby field. Once there he requested to have sex with one of the girls and asked that girl if the other two girls would like to have sex with him.

The girls declined, and in time Bartlett took them home.

One of the 15-year-old girls continued to communicate with Bartlett after that meeting.

According to Sheriff Swain, after police found out about the messages one of the department’s detectives pretended to be that girl and continued communicating with Bartlett.

Bartlett asked the girl to meet him again near Lake Monroe on Thursday, Aug. 15. Instead of the girl, detectives met Bartlett and he was arrested.

During a pat-down of Bartlett, police found meth in his pocket.

Bartlett is being held in the Monroe County Correction Center on a $20,000 bond.

Sheriff Swain says the incident remains under investigation and additional charges may be filed in the case as the investigation progresses.