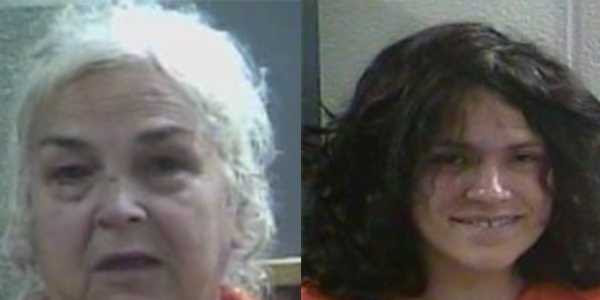 (LAUREL CO. KY) – Two women were arrested last week after police discovered a baby covered in ants on the floor inside a van during a traffic stop in Kentucky..

The arrests took place when an officer tried to pull over a van for traffic violations when the car kept driving for a quarter-mile before stopping in a driveway of a home.

Officers approached the car and found the occupants had outstanding bench warrants and were arrested. During the arrest, the passenger refused to get out of the vehicle.

While deputies continued to investigate, one of the people in the car told them there was a baby inside. The deputies did not immediately see the baby because it was not in the child safety seat that was in the vehicle. Deputies said trash and debris were found all over the vehicle.

Deputies found the 16-day-old baby on the floorboard between the front two seats with its head facing toward the center console. Deputies said the baby had labored breathing, had ants crawling on it and a soiled diaper. The vehicle had no air conditioning, deputies said.

The baby was later taken to a hospital due to its condition.

In addition, Simpson was charged regarding the traffic stop and charged with operating on suspended or revoked operator’s license, failure to wear a seatbelt, failure of non-owner/operator to maintain required insurance, no registration plates, and no registration receipt.

These two were taken to the Laurel County correctional center.

Social services was called to place the infant upon release from the hospital. The infant was treated at the hospital for dehydration.