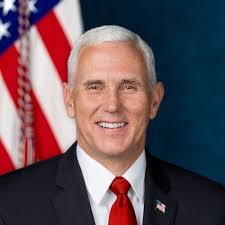 (INDIANAPOLIS) — Vice President Mike Pence will be heading to the Midwest in the coming weeks, with speeches planned in Detroit and Indianapolis.

The Detroit Economic Club says Pence will speak to the organization Monday at the MotorCity Casino Hotel during an event rescheduled from earlier this month.

The former Indiana governor will then speak Aug. 28 during the American Legion’s national convention in Indianapolis. He also addressed the military veterans group last year during its convention in Minneapolis.

Pence’s office says he travel Sept. 3-6 to Europe, with stops planned in Iceland, the United Kingdom and Ireland. The trip comes as new British Prime Minister Boris Johnson is trying to negotiate a new deal for leaving the European Union at the end of October.