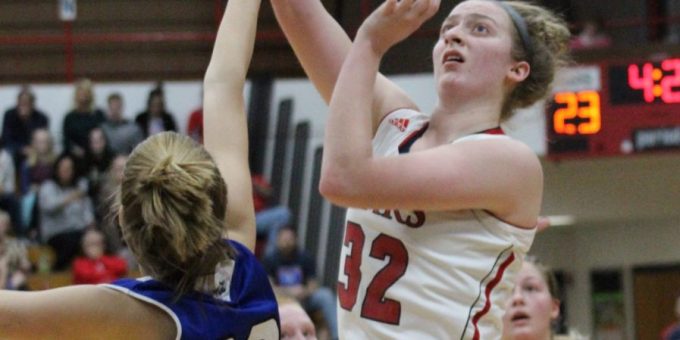 Webb, a 6-foot-2 senior, chose SIUE (a Division I program that competes in the Ohio Valley Conference) over offers from Eastern Illinois, Purdue Northwest and Shawnee State.

She will join a team coming off its second postseason berth in program history. The Cougars went 13-16 last season and competed in the Women’s Basketball Invitational. SIUE lost one senior from that squad, and will have only three seniors this coming season.

Webb made her choice based on comfort. She was impressed with coach Paula Buscher and her staff, and she likes the direction of the program.

“They’re enthusiastic about trying to get to the next step,” Webb said. “And I think it’s possible. The spot is earned, of course, but they said I could earn some minutes my freshman year. She thinks I would be a great fit as they rebuild over the next couple of years.”

Webb, who missed her freshman season with the Stars while recovering from knee surgery, averaged 8.1 points and 4.6 rebounds as a sophomore, then contributed 9.3 points and 7.0 rebounds last year. She will be one of the key components in 2019-20 as the Stars reload following the graduation of Miss Basketball Jorie Allen. Webb plans to add to her arsenal.

“They like that I’m not just a post player, I can stretch it out and shoot the ball,” Webb said. “I need to work on my ballhandling and shooting, but they think I gave great potential. They don’t think I’m at my highest point yet, and I agree with that.”

“I’ve always been interested in how a machine works, the moving parts,” Webb said. “I used to take stuff apart to see how they work.”

With this major decision out of the way, Webb is free to concentrate on the BNL campaign. The Stars will be chasing their ninth straight sectional championship.

“It was stressful because I really liked the other schools, but it’s such a relief,” Webb said “Now I can focus on the school season, and I’m going to a place I will be comfortable. All around, it was a perfect fit.”