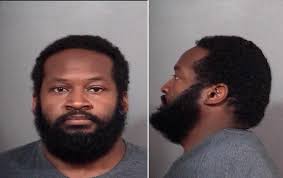 (SOUTH BEND) — A man who allegedly trying to ram police vehicles responding to his reported tirade at a northern Indiana school in 2017 has been sentenced to probation.

Prosecutors initially charged Melvin D. Ward III with intimidation, resisting law enforcement and attempted battery by means of a deadly weapon. He pleaded guilty but mentally ill in 2018 to intimidation, participated in Veterans Court treatment and this week received the one-year suspended sentence.

The South Bend Tribune reports the felony ended up being treated as misdemeanor.

Officials at Stanley Clark School, the private South Bend school where Ward’s son was a student, told police the Mishawaka man was acting unusual Aug. 24, 2017. The school was placed on lockdown. Ward allegedly tried to ram police vehicles outside the school as he was leaving.