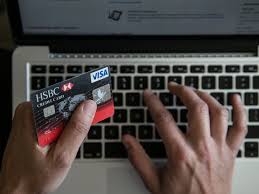 (BLOOMINGTON) – A Romania native was arrested Sunday night after Bloomington Police say he used gift cards to take money out of an ATM illegally.

Police went to the IU Credit Union on 17th Street at 8:47 p.m. after a report of suspicious activity.

A credit union employee reported multiple ATM transactions with someone using cards with no microchip to withdraw large amounts of money.

When police arrived, they saw 43-year-old Cristian Darla walking away from the credit union.

Officers stopped Darla and found that he had four Walmart gift cards with four-digit codes written on the back and $1,500 in $20 bills in his pockets.

Darla admitted to using the cards to withdraw money from the ATM. Security footage at the credit union captured Darla withdrawing the money.

He was arrested on charges of fraud and defrauding a financial institution.