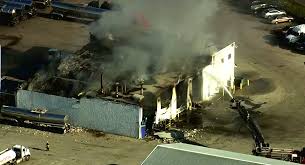 The blast happened about 7:20 a.m. Wednesday at T.A.C. East Inc. in an industrial area of East Chicago. City Fire Chief Anthony Serna tells The (Northwest Indiana) Times that three employees suffered first-, second- and third-degree burns to their arms and legs and were taken to a hospital in stable condition.

Serna says the explosion happened in the garage portion of the business, with fire spreading to its office area.

Television helicopter video shows the roof collapsed on part of the two-story building and some large overhead doors blown out from the blast.