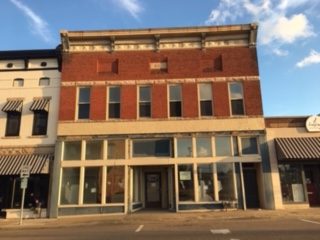 To have the building demolished would cost the city approximately $250,000. There are currently around $38,000 in liens on the property. The building is up for a tax sale on September 9, 2019. The liens would have to be paid by the City of Bedford.

Indiana Landmarks says the city would have to take possession of the building before any work could be done to save the building.

Council members approved Ordinance 10-2019 which would put stop signs at Second and P streets. Earlier, this year a small child was struck by a vehicle at that intersection. Residents on Second Street must park in the street which makes it difficult for people traveling North and South to be able to see.