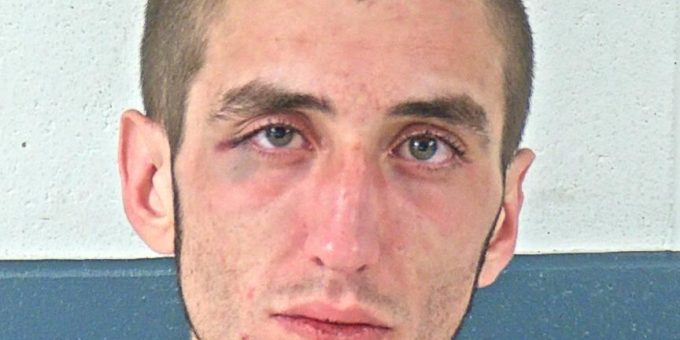 Bedford Police officers were called to the 500 block of 18th street at 4:30 p.m. after a report of a domestic fight.

Officers arrived and spoke to a female who told police that 25-year-old Johnny Gibson had hurt her and left on a bicycle.

The woman told police she was in the basement of the home doing laundry when Gibson started an argument.

The woman then dialed 911, with Gibson attempting to take the phone from her.

Officers found Gibson, who was intoxicated, a few blocks from home. He denied touching the woman but did admit that he was high on meth.

He was arrested on charges of public intoxication and domestic battery.