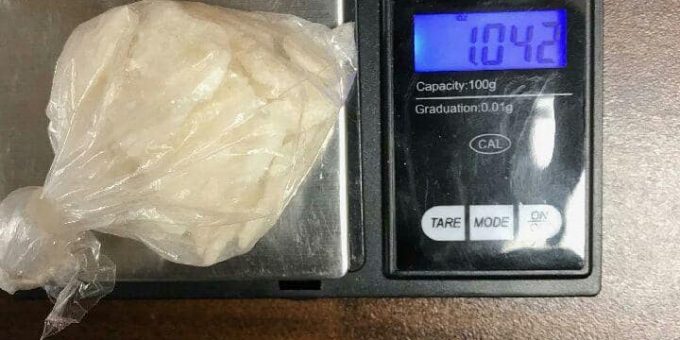 (AUSTIN) – Scott County deputies arrested two men Sunday after they responded to an address in Austin after receiving a call about a suspicious vehicle.

When deputies arrived, they found two men. Those men provided false names to the deputies. They also found more than an ounce of meth.

After concluding their investigation, deputies arrested 26-year-old Lamont Porter, of Louisville, Kentucky on charges of dealing meth, possession of meth, maintaining a common nuisance and false informing and operating a vehicle while never licensed and on an out of county warrant.

Sheriff Jerry Goodin says bringing drugs into Scott County will not be tolerated and drug-related arrests will continue until the goal of a drug-free Scott County is achieved.

If you have information on drug activity contact the Scott County Sheriff’s Department at 812-752-8400.