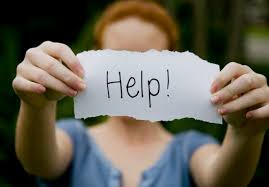 (ANDERSON) — Teachers in Indiana are learning to spot the warning signs that students might be considering killing themselves and how to help pupils cope with classmates’ suicides or attempted suicides.

Nearly 30 educators and staff from Anderson Community Schools attended a suicide prevention training session last month where they learned the red flags for suicide and the resources available for prevention.

Nancy Smith, a trainer with the American Foundation for Suicide Prevention, said the training for teachers can be an important first line of defense in turning around the life of a student facing mental health issues or the pressures of young life.

“They spend the most time with our children every day. They see the changes. They’re the first ones who will notice the changes in their demeanor, their behavior,” she said, adding young people should take the training, too, because friends are usually the first to notice changes.

Warning signs include isolation, use of drugs and alcohol, and giving away prized possessions.

The in-person training is mandatory every three years for all Indiana educators teaching grades five through 12 under a state law passed in 2017. Anderson Community Schools tries to offer the class twice a year.

Student suicides or attempted suicides are “becoming more and more prominent. You need to be aware, especially with older kids,” said Elizabeth Reed, who teaches the fifth grade at Anderson Intermediate School.

When Reed was a teacher at Shenandoah School Corp., she experienced firsthand how a student’s suicide rocked an entire student body.

“There was kind of a somber feeling, but there was uplifting support as well,” she told The Herald Bulletin .

Smith, of the American Foundation for Suicide Prevention, is the parent of a 16-year-old who tried twice to commit suicide in 2017. She advises teachers to tell an administrator or medical or mental health professional everything they know when they refer students who’ve said they would harm themselves.

“That’s just another way to tell the person you were listening, you care,” Smith said.

Julie Russell, a social worker at Anderson Intermediate, said the training teaches educators when to ask for help.