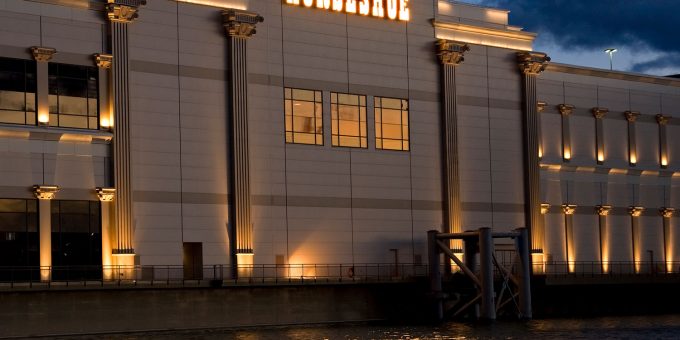 (HAMMOND) – Sports betting at the state’s largest casino is set to begin in less than a month.

Horseshoe Hammond plans to open its sports book, called The Book, on Wednesday, Sept. 4, reports The Times of Northwest Indiana.

That’s one day before the Chicago Bears play the Green Bay Packers in the first NFL regular-season game of the year.

The Indiana Gaming Commission is expected to approve the state’s sports betting rules Aug. 28, paving the way for The Book to open shortly after Labor Day.

But, you will likely also be able to use your phone or a computer to place bets.

“So, the legislature did say you could use your computer or mobile phone to place that wager. The likelihood is that will trail betting on premise by a few weeks or months because it’s harder to set up that technology,” said Matt Bell, with the Casino Assoc. of Indiana, a guest on Abdul-at-Large.

Bell said that he’s confident that you’ll be able to place such a bet, provided you’re of legal age, by the end of this year or the beginning of next year.

He said the list of sports you can bet on includes collegiate and pro sports and there’s no ban on Indiana teams. He said market research helped the state put together a list that includes a wide range of sports, from traditional games like football and basketball, to more obscure sports.

“There is an interesting list and the gaming commission worked with our casino operators to say, what sports do you want to accept wagers on. As you’ve done this in other markets, where do you see the action?” said Bell.

“Professional dart-throwing is a sport that our operators get action on in some states. So, theoretically, the Hoosier citizen will have the opportunity to legally wager on dart-throwing, beginning Sept. 1.”

Bell said he won’t say whether expansions of some games is actually an expansion of betting in Indiana. For instance, he said, table games at racinos is a new opportunity, but you’ve already been able to play those games electronically.

“When it comes to sports wagering there is a booming and robust illegal market,” said Bell. “We think that a legal, authorized regulated market supplants the illegal market.

He said having sports betting as a legal form of gambling means state regulators can protect the integrity of the wagers.