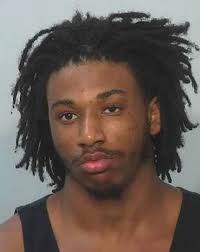 (FORT WAYNE) — A Fort Wayne man is facing a 200-year prison sentence after pleading guilty in the fatal shootings of three people.

The Journal Gazette reports that Joyner’s plea deal calls for a 150-year sentence on the murder charges and 50 years on the attempted murder charges. Those sentences would be served back-to-back, for a total of 200 years.

The 23-year-old Joyner will be sentenced Sept. 5 in the shooting deaths of 23-year-old Jevonn Johnson, 20-year-old Colton D. Messmer, and 21-year-old Tracey A. Andrews.

Twenty-two-year-old Gerald Pinkston is also charged in the killings. His trial on murder and criminal recklessness charges is set for Dec. 3.