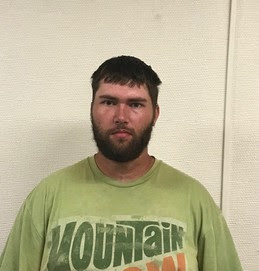 (CHARLESTOWN) – On Thursday, an ongoing investigation led by the Indiana State Police Internet Crimes against Children task force (ICAC), led to the arrest of a Charlestown, Indiana man for possession and dissemination of child pornography.

The investigation began in June of this year when Indiana State Police Investigators received a tip from the National Center for Missing and Exploited Children.

That investigation led investigators from the Sellersburg ICAC Task Force to interview 21-year-old Nicolas S. Nuxoll, of Eagle Trail Road in Charlestown. Officers also requested and were granted a search warrant for his residence.

Nicolas Nuxoll was then remanded into the custody of the Clark County Jail without incident.