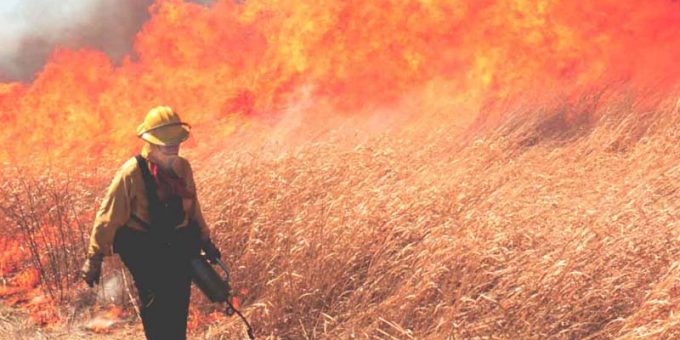 (UNDATED) – Late summer and early fall burn season, running from August through early October, is nearly upon us. This burn season is preferred for eliminating encroaching tree saplings and brush that commonly invade native grassland and wildflower habitats.

We see the results of these burns in the springtime when there are more wildflowers, fewer woody plants, and less thick, brushy material that creates a barrier for traveling wildlife.

Make sure to leave at least half of the habitat unburned to provide wildlife with cover during winter months and to increase plant diversity.

Interested in figuring out how to burn your property? Technical assistance, including written burn plans, is available from your district wildlife biologist.

The benefits to using prescribed burns are numerous, with positive influences for humans, wildlife, and ecosystems. For humans, prescribed burns are a cost-effective way to manage plant communities, control natural succession, and reduce the amount of excess fuel that increases the chance of wildfire. Wildlife and ecosystems both benefit because fire: