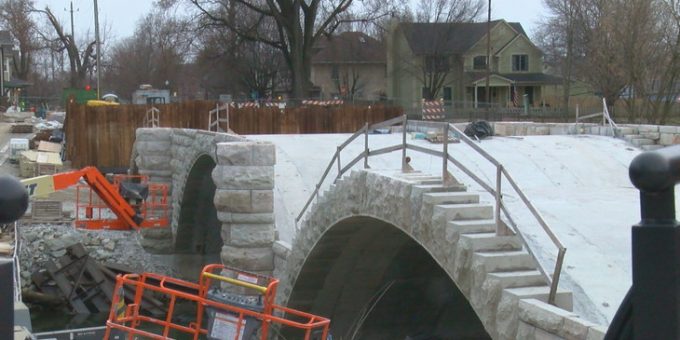 (INDIANAPOLIS) – The Central Avenue Bridge is a historic piece of infrastructure in downtown Indianapolis that has been getting rehabbed over the last two and a half years. That’s much longer than what had been expected for the project.

The bridge was first built back in 1901. The rehab project has been a pain for many Indianapolis drivers who used to use the bridge everyday to get in and out of downtown.

According to Dan Parker with the Indianapolis Department of Public Works, the project is taking way too long to get done and has asked the Indiana Department of Transportation to intervene.

“We had hoped to have it open by the end of July,” Parker said. “The historic nature of this construction project has been challenging for the contractor, but we think it’s time to give them extra incentives to get this done.”

INDOT holds the contract with the contractor that is working on the bridge. Parker said they have requested that INDOT start assessing “liquidated damages” on the contractor. INDOT granted that request.

“The contractor is out of compliance with the contract,” said Parker. “They’ve been giving us dates and they haven’t been hitting them. So what liquidated damages allows is for INDOT to start assessing fines (on the contractor) of up to a thousand dollars a day.”

Parker said INDOT can assess these fines for every day the project is not done from now until they project is completed. He added that they have not been given a new date of completion by the contractor but he said just by looking at where they are on the project, they are “close” to being done.