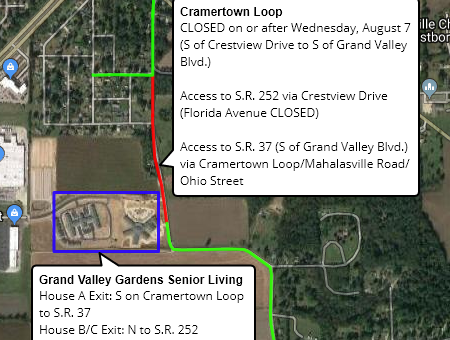 (MARTINSVILLE) – Cramertown Loop is scheduled to close in Martinsville, on or after Wednesday, August 7, from south of Crestview Drive to just south of Grand Valley Boulevard. The 30-day closure is dependent upon reopening Mahalsville Road, which is expected by Wednesday morning.

During the closure, Milestone Contractors will rebuild a portion of the roadway and also complete the tie-in to the Grand Valley Boulevard extension.