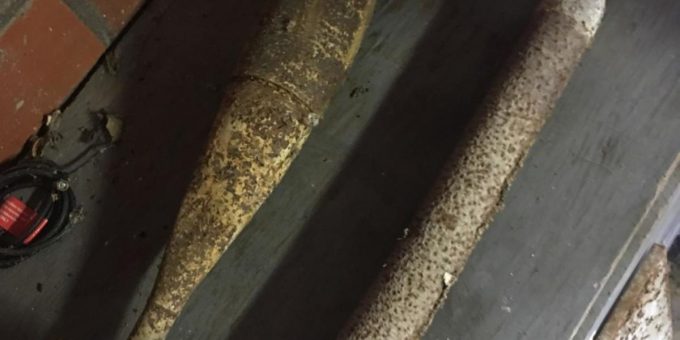 (CHARLESTOWN) – A man in southern Indiana found an inactive military bomb in his garage.

It prompted an 3 hour long street closure as police inspected the bomb, said the News and Tribune.

The 25-pound bomb was found Saturday in Parker Jones’ garage. He said the bomb looked suspicious, which is why he called police.

An Indiana State Police ordnance disposal unit determined it was a BDU-33 practice bomb. That type of bomb was used by U.S. Navy and Air Force pilots.

A veteran had apparently brought the bomb home before Jones bought the house last year.

The News and Tribune said those bombs release a smoke cloud on impact, and lack explosive materials found in real bombs.