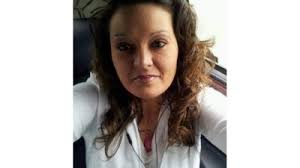 (SOUTH BEND) — Human remains found earlier this year in a northern Indiana cemetery have been confirmed to be those of a Michigan woman who vanished last year.

The St. Joseph County Prosecutor’s Office said Wednesday that the Indiana State Police laboratory has verified the remains are those of 41-year-old Natily Nacole Franklin of Decatur, Michigan.

The remains were discovered March 21 on the property of the Chapel Hill Funeral Home/Cemetery in Osceola. Osceola is about 30 miles (48 kilometers) south of Decatur.

Franklin was reported missing shortly after being released on bond following her arrest in nearby Cass County, Michigan, for possession of meth and possession of a controlled substance.