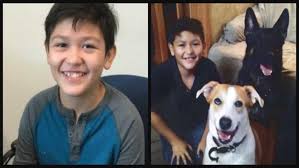 (BLOOMINGTON) – Monroe County Prosecutor Erika Oliphant will seek life without parole for the father and step-mother of 12-year-old Eduardo Passo.

Luis Eduardo Posso Jr. and his wife Dayana Marina Flores are accused of starving and abusing the boy at the Economy Inn in Bloomington. During a search of the motel, police found chains, shackles and a shock collar used on the boy.

According to court records, the two shackled and chained the boy in a bathtub while they went to work with their three other young children ages 9, 5, and 2. The three children were found healthy, with no signs of abuse.

Police began their investigation after Eduardo stopped breathing on May 24, 2019 and was taken to a Bloomington Hospital. He died 10 minutes after arriving.

Detectives found cell phone pictures and videos and a selfie Posso took with his son in shackles. A web security cam was also tied to the towel bar and kept watch as the boy’s health got worse.

According to Monroe County Coroner Joni Shields, Eduardo died a slow, painful death. His skeletal frame weighed only about 50 pounds and showed signs of severe starvation and abuse. He had zero percent body fat on his body.

Their trial is scheduled to begin Monday, September 30, 2019 in Monroe Circuit Court before Judge Christine Talley Haseman. The couple is being represented by court-appointed defense attorney Joe Lozano.

Detectives say Luis Posso and Flores, who are originally from Florida, were contract employees for a traveling circus, passing out flyers for shows in cities across the country.