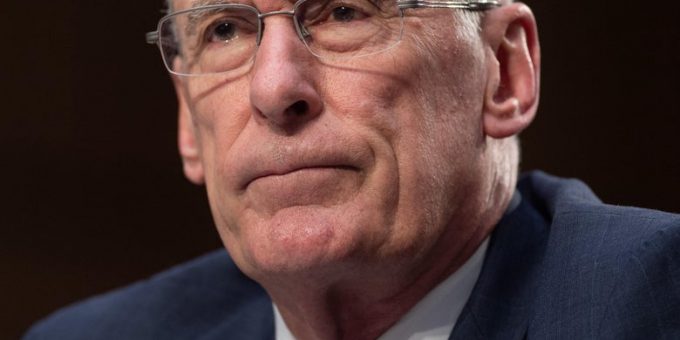 (WASHINGTON) – Dan Coats, Indiana’s former senator, will step down as the Director of National Intelligence on August 15, President Donald Trump announced Sunday in a tweet.

“Throughout his many years of service in both the House and Senate, as U.S. Ambassador to Germany, and as Director of National Intelligence, Dan Coats has made Indiana proud,” said current Sen. Todd Young. “America is better and more secure thanks to his tireless service. On behalf of all Hoosiers, I thank Director Coats for his devotion to duty.”

Vice President Mike Pence was one of Coats’ closest allies as the two men shared a long history dating back to their time in Congress.

The president has been on the brink of firing him in the past, though aides were able to convince the President not to do so. This was after Coats had contradicted statements made by the president in regards to situations with Iran, Russia, climate change, and ISIS.

Things hit a boiling point between Coats and President Trump when, despite the Trump’s assertion that North Korea will move toward giving up his nuclear weapons, Coats and others said it was their assessment that Kim Jong Un would likely never do so.

Later, the two differed in their opinion’s on Russia, in particular when Trump publicly said he “doubted” US spies who said Russia tried to meddle in the US election. Coats the reiterated that Moscow had indeed worked to sway the election results.