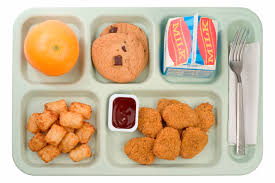 KINGSTON, Pa.– A cash-strapped school district in Pennsylvania’s coal country has reversed course on its controversial approach to settling the lunch debt of several students.

The Wyoming Valley West School District issued an online apology Wednesday for sending letters to parents earlier this month that threatened to put children in foster care if lunch money debts were not paid. Not only did the school board sincerely apologize “for the tone of the letter,” it also decided to accept the “generous offer” of a benefactor who offered to pay the school lunch debts, the apology note stated.

The Wyoming Valley West School District Board of Directors sincerely apologizes for the tone of the letter that was sent regarding lunch debt. It wasn’t the intention of the district to harm or inconvenience any of the families of our school district.

We want to thank everyone for their concern and generous donation offers to help pay for the unpaid lunch bills.

We would like to thank all who have offered to donate. Your generosity is overwhelming. For any questions regarding the Foundation, please refer towww.wvweducationalfoundation.orgFor the first time our district fully qualifies for the Community Eligibility Program. As a result, all students of the Wyoming Valley West School District will receive free breakfast and lunch in all of our schools for the next five years regardless of income. No student was ever denied a meal for lack of payment.

Wyoming Valley West School District followed all USDA and PDE regulations. All meals served to students were chosen by the students from our regular menu. No shaming occurred and no alternate meals were provided.

Again, please accept our sincere apology for any harm or inconvenience the letter caused.

The Wyoming Valley West School Board

The program “allows the nation’s highest poverty schools and districts to serve breakfast and lunch at no cost to all enrolled students without collecting household applications,” according to the agency’s website.

Earlier in July, the district had sent about 1,000 letters to parents who owed money for school lunches, CNN affiliate WNEP reported: “You can be sent to dependency court for neglecting your child’s right to food. The result may be your child being taken from your home and placed in foster care.”

Joseph Muth, the author of the scalding letter and director of federal programs, told WNEP that Wyoming Valley West is owed more than $22,000 by roughly 1,000 students. Parents who received the letter of last resort had been contacted numerous times by phone, email and other letters, he said.

Not everyone saw the necessity for such threats. “I think the person that wrote that letter should think about having their children away from him and put into a foster home,” Jack Coslett told WNEP at the time. “Very extreme, may be unnecessary, maybe cruel and brutal on the government’s part,” said Ruth Bates.

The furor sparked national headlines and when news reached Todd Carmichael, co-founder and CEO of La Colombe Coffee in Philadelphia, he offered to pay the debt in full. The school district received about 100 additional offers from donors all over the country, school board officials told WNEP at the time.

School Board President Joseph Mazur first refused Carmichael’s offer but then reconsidered and accepted shortly thereafter. Carmichael told CNN through his spokesman Aren Platt that he expects “the funds will be used as intended.”

The apology note not only announced the acceptance of Carmichael’s donation but also addressed some of the misconceptions that followed the original threatening letter: “No student was ever denied a meal for lack of payment… No shaming occurred and no alternate meals were provided.”

All federal and state regulations were followed, the school board stated: “It wasn’t the intention of the district to harm or inconvenience any of the families of our school district.”

The Wyoming Valley West School District is located along the Susquehanna River in northeastern Pennsylvania’s Luzerne County, which has a population of more than 320,000 people, about 140 miles west of New York City and 120 miles north of Philadelphia. “The communities are primarily residential with light industry and retail stores as the district’s tax base,” according to the school district’s website.