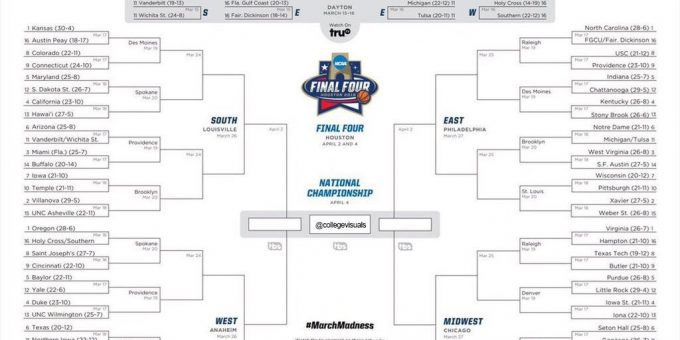 (INDIANAPOLIS) – Three years after the March Madness bracket leaked halfway through the selection show, the NCAA has revealed what happened.

The 2016 men’s basketball bracket popped up on Twitter halfway through the selection show on CBS, labeled “spoiler alert.” NCAA chief information officer Judd Williams told an Indianapolis cybersecurity conference it wasn’t a hacker. Instead, he says there was an unspecified employee at one of the NCAA’s broadcast partners who wasn’t a sports fan, and didn’t realize the significance of the bracket when he received his copy. Williams says the employee forwarded it to a basketball-fan friend — “‘He’ll think this is really cool.”

The NCAA said in a statement a year later it had reduced the number of people and entities who receive the bracket in advance, but didn’t explain how the leak had happened.

The NCAA also had a leak this year, this time of the women’s bracket. There was no mystery about what happened this time: a technician at ESPN-U accidentally put up the bracket graphic on the air four hours early, and screenshots quickly spread on social media. ESPN ended up moving its selection show two hours earlier.