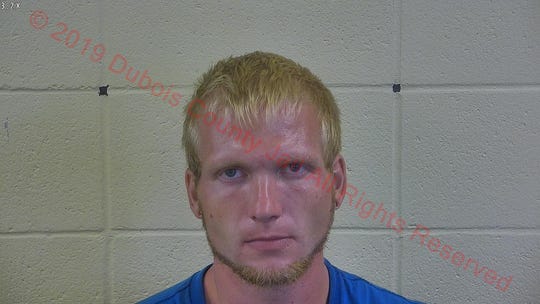 (HUNTINGBURG) – A Huntingburg man was arrested and faces nine charges related to illegal dumping after an investigation by Indiana Conservation Officers.

In early May 2019, Conservation Officers located four separate illegal trash dumps near the Dubois and Pike county line. Names and addresses were located in the trash, leading officers across three counties in an attempt to locate a suspect.

Officers learned during interviews that Masterson had been removing trash from properties in exchange for scrap metal. The property owner told investigators he believed the trash was being taken to a landfill. Instead, at least 40 bags of trash had been dumped illegally on private property in a number of locations.

Officers discovered Masterson was driving a vehicle with a suspended license and that the vehicle he used had fictitious license plates, according to the release. Masterson was trespassing on the property where the trash was dumped, officers said.

Charges were submitted to the Dubois County Prosecutor’s Office, and a warrant was issued for Masterson’s arrest.  On July 20, 2019 the Jasper Police Department arrested Masterson.