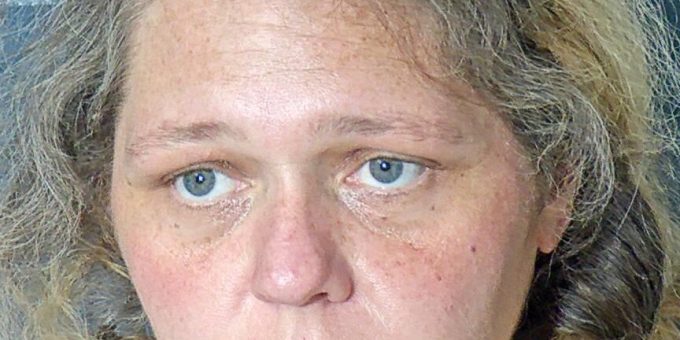 (BEDFORD) – A Mitchell woman was arrested on Saturday morning after Bedford Police officers were called to Walmart.

A Walmart employee stopped 36-year-old Leslie Simpson after she failed to pay for the times she had taken from the store. That employee detained her until police arrived.

Officers were aware that Simpson had a prior conviction of theft from Walmart.