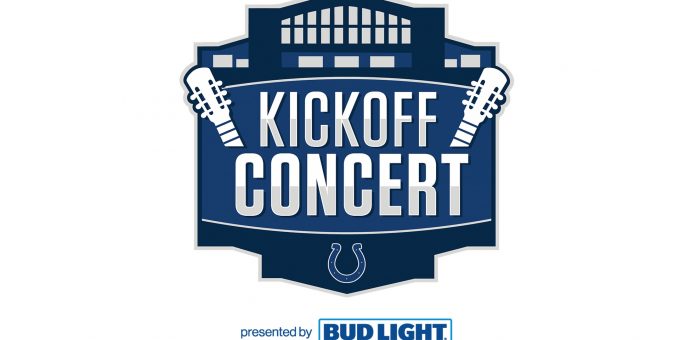 (INDIANAPOLIS) – The Indianapolis Colts will host their seventh annual Kickoff Concert, presented by Bud Light, on Friday, Sept. 6, on the east block of Georgia St. downtown.

The concert is free and open to the public but requires a ticket for entry. Tickets are available at Colts.com/concert.  All ages are welcome.

The Colts Kickoff Concert is one of several events the team is planning leading up to the regular-season opener at the Los Angeles Chargers on Sept. 8. Stay tuned to Colts.com for additional information.

The Louisiana native has achieved over 1.5 billion on-demand career streams globally and three chart-topping singles, including his 5x multi-Platinum crossover single “Wanted,” which received a GRAMMY© nomination for Best Country Solo Performance. The massive crossover hit, featured on his 2x multi-Platinum debut album Hunter Hayes, is well beyond 120 million streams on Spotify alone and became his first No. 1 single on the Country Airplay charts; solidifying him as the youngest solo male artist to top Billboard’s Hot Country Songs chart in over 40 years. The self-titled debut has accumulated over half a billion on-demand streams in the U.S. alone and also includes the Platinum-certified No. 1 “Somebody’s Heartbreak,” the 2x multi-Platinum “I Want Crazy” and the Gold-certified singles “Everybody’s Got Somebody But Me” and “Storm Warning.” In 2018, Hayes also released the unflinchingly honest and introspective song “Dear God,” which has amassed over 25 million streams globally. With Rolling Stone calling it an “anthem for the anxious,” Taste of Country also declared: “leave it to Hunter Hayes to release a song that speaks the truth.” 2019 marks the release of his latest single “Heartbreak” and his Closer To You 20-date headlining tour, which wrapped this past spring.