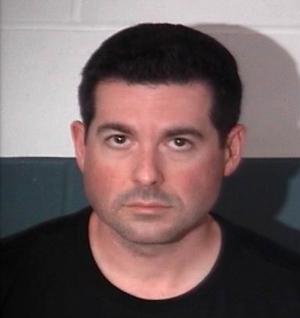 (BEDFORD) – A Bedford man accused of threatening board members of North Lawrence Community Schools was sentenced to nearly two years of probation after pleading guilty to four counts of harassment.

According to Lawrence County Superior II Court records, 40-year-old Jade Ritter was sentenced in late June to a total of 712 days of supervised probation. He was also ordered to perform 200 hours of community service and ordered to write an apology letter to each school board member that he threatened.

Ritter is the husband of former board member Beth Ritter, who didn’t gather enough votes to return to the board in the 2018 election.

In exchange for his guilty plea, two counts of intimidation, one count of synthetic identity deception and one count of harassment were dropped.

Jade was arrested in July of 2018 after Indiana State Police Trooper Robert Whyte was contacted by a North Lawrence School Board member who reported receiving threatening emails from a person who identified themselves as James White.

After the criminal investigation began, a second school board member reported they too had received multiple emails they received from White (Ritter) threatening them if they ran for re-election.