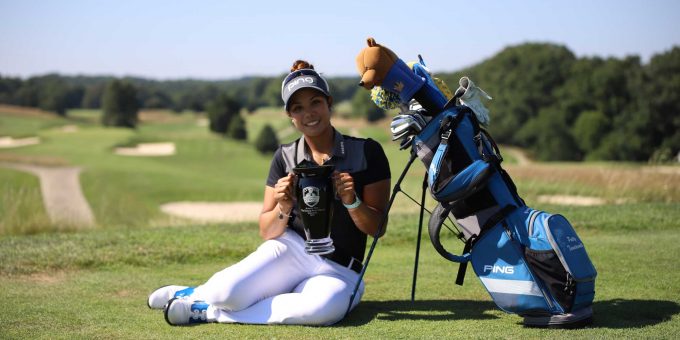 “I feel like I’m living a dream, just to play golf and not think about anything else,” said Tavatanakit, who entered the final round two shots back of the lead. “My mental game has got a lot stronger and knowing there is more golf ahead gives me the vibe to stay calm, that the rest will take care of itself. I’m happy to win and the hard work is paying off.”

A seven-time tournament winner and two-time Women’s Golf Coaches Association (WGCA) First Team All-American selection for the Bruins, Tavatanakit finds the winner’s circle in just her third career start on the Symetra Tour. Her previous finishes of tied for 14th at the Island Resort Championship and solo second in the Prasco Charity Championship have Tavatanakit on the fast track to climbing the Volvik Race for the Card standings.

Furthermore, the victory is the bookend of a week that started with Tavatanakit setting an 18-hole tournament scoring record of 11-under par 61 in the final round of the Thornberry Creek LPGA Classic. She recorded the bogey-free performance as a tournament sponsor exemption.

“When I was deciding to turn pro, I told myself to just commit,” Tavatanakit said. “So far, so good and I have no regrets. I like my job and love this sport more every day. I like the feeling of getting something when you have to work hard for it. I’ll be doing this for a long time and am glad to have finally made the decision to turn pro, stick to it. That is what helped me play so solid lately.”