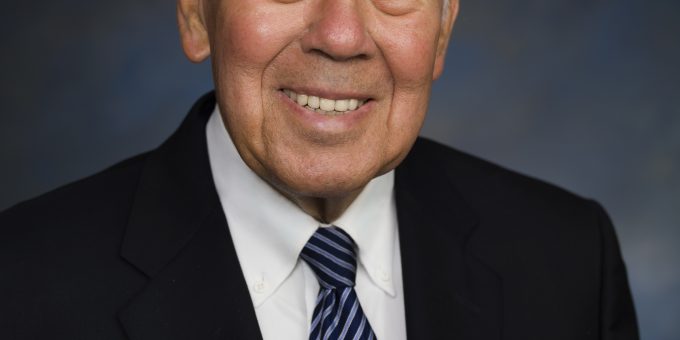 That is across the Potomac River from Washington D.C. He’ll be buried there July 24, 2019. His funeral was held in Indianapolis back in May.

“Dick Lugar was first drawn into politics because he saw some people beginning to view Indianapolis as the kind of place you had to get away from if you wanted to do big things. Boy, did he prove that wrong,” said Senate Majority Leader Mitch McConnell at Lugar’s funeral.

“He cared a lot more about this country and our future, more so than any red or blue political colors,” Holcomb said.

Lugar served in the Senate from 1977 to 2013. Following his service in the Senate, Lugar established The Lugar Center, a nonprofit public policy institution in Washington, D.C, which became a prominent voice in many of the global issues that defined Lugar’s work in Congress.

Due to limited space, only honorably discharged members of the military in certain categories are eligible for burial in Arlington National Cemetery. Lugar meets that criteria.

He served in the United States Navy from 1956 to 1960; one of his assignments was as an intelligence briefer for Admiral Arleigh Burke. He achieved the rank of Lieutenant, Junior Grade.