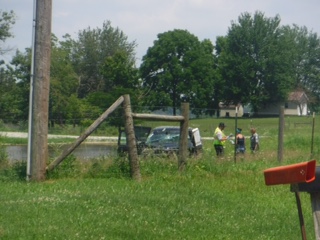 According to an Indiana State Senior Trooper Daniel Crozier, 27-year-old Danielle Harper, of Bedford was traveling south on Old State Road 37, north of Bennett Road in a 2002 Chevrolet SUV when the vehicle went off the west side of the roadway and struck a tree.

The vehicle continued traveling west into a field before stopping.