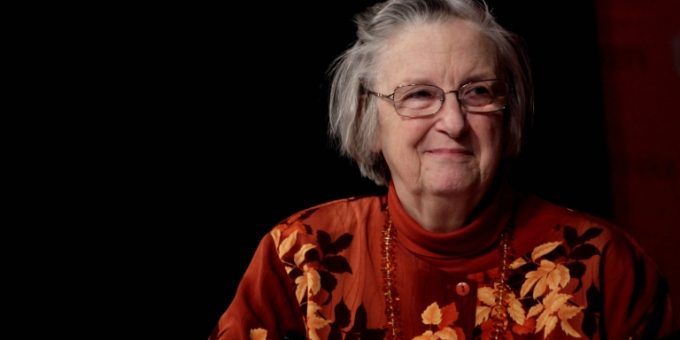 (BLOOMINGTON) – The legacy of the late Elinor Ostrom lives on through the Ostrom Workshop she established and the significance of her work and research. Soon, however, those on the Bloomington campus will also have a visual reminder of her place in IU history with the first statue of a female professor.

Announced during the sixth Workshop on the Ostrom Workshop by President Michael A. McRobbie in June, the statue will be part of Bridging the Visibility Gap, a signature project of the Office of the Bicentennial.

“I’m delighted that Lin’s legacy will be honored in a number of permanent ways here on the Bloomington campus,” McRobbie said during his speech at the Workshop. “The statue of Lin will be placed outside of Woodburn Hall, the home of IU Bloomington’s Department of Political Science, where Lin taught for many years and where her office was housed. It will be a fitting memorial to one of IU’s and the nation’s finest scholars.”

Bridging the Visibility Gap highlights unknown or underappreciated stories of women and underrepresented minorities who have helped build and strengthen IU. In addition to the statue, a portrait of Ostrom, painted by IU Fine Arts Professor Emerita Bonnie Sklarski, is in the Indiana Memorial Union as part of the Women of Indiana University Portrait Collection.