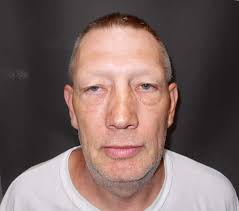 (FARMERSBURG) – A Sullivan County man is facing multiple charges after police say he crawled through a doggie door and stole a pickup truck.

According to a press release from Sullivan County Sheriff Clark Cottom, officers were alerted to the theft of a pickup truck around 2 p.m. Thursday.

While deputies were investigating the theft, dispatch received a call of a vehicle matching the stolen pickup truck’s description driving through a yard on County Road 200 East.

When they arrived, officers found 51-year-old Garland Tuttle Jr, of Farmersburg, in the stolen truck.

Tuttle admitted that he had stolen the vehicle and had gained access into the garage where the truck was located by crawling through a doggie door.

Tuttle was transported to the Sullivan County Jail on charges of burglary, auto theft and operating a vehicle while intoxicated. His blood-alcohol level was 0.291 percent