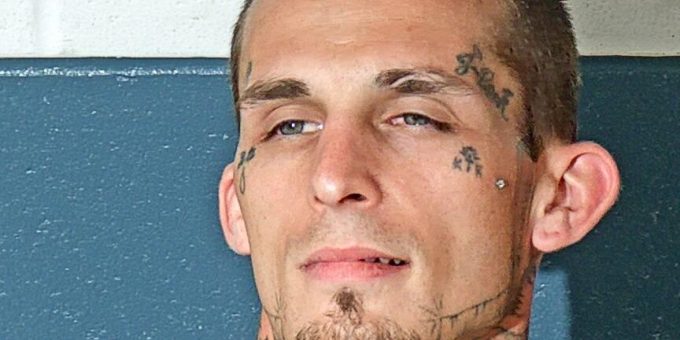 (BEDFORD) – A Bedford man was arrested after Bedford Police conducted a traffic stop for improper headlights on Tuesday at 22nd Street and Mitchell Road.

“While speaking with the driver and the passenger officers were given consent to search the vehicle and their persons,” says Bedford Police Chief Terry Moore.

The passenger was 37-year-old Casey Garrison of Bedford. Officers found that he had a straw with a crystallized substance on both ends.

“The substance later tested positive for methamphetamine,” added Chief Moore. “Nothing else was located and the driver was released to leave with a warning.”