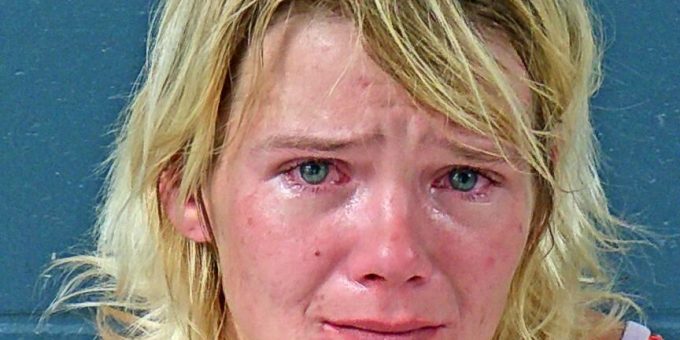 (BEDFORD) – A Bedford woman was arrested after police stopped her vehicle and found she was in possession of a controlled substance.

According to police, Phillips was traveling west on John Williams Boulevard and driving down the middle of two lanes so they stopped her.

“While speaking with Ms. Phillips she admitted she had Percocet medication in her pocket that didn’t belong to her,” says Chief Moore. “Officers confirmed the pills as Percocet a Schedule II drug and that she did not have a prescription for the medication.

Phillips was arrested on charges of possession of a controlled substance, and three counts of neglect of a dependent.