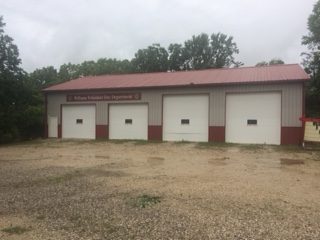 (WILLIAMS) – The Williams Volunteer Fire Department received a notification on May 5, from Secretary of State Connie Lawson that it had been administratively dissolved and its authority to do business revoked or terminated.

In a letter from Lawson, obtained by WBIW News, states the reason for the revocation was for failing to file reports in the years 2018 and 2019. From May 5, 2019, they had thirty days to finalize and liquidate its business and affairs, and notify claimants.

At the time of the violations, the letter states President of the organization was Randy Wallace, Secretary was Kyle Knight, and Chief Operating Officer was Josh Davis.

The Williams Volunteer Fire Department was removed from 9-1-1 dispatch on June 5, once it was determined they were no longer a legal entity.

According to both Township Trustees Michelle Cornett of Spice Valley Township and Tammy Gore of Mitcheltree Township they were not informed until last week about the issue.

However, Spice Valley Township Trustee was notified by email and a phone call on June 5, from Lawrence County Emergency Management Director Valarie Luchauer of the fire department’s status.

Mitcheltree Township Trustee Tammy Gore states that next week they will have a meeting to determine how to proceed from this point forward.

The Williams Volunteer Fire Department formed in November of 1961 and is one of the oldest departments in the county.

Michelle Cornett states that Indian Creek Township will provide fire protection until the issue can be resolved. Huron will assist but Indian Creek will respond because there are places that the Huron Fire Department cannot reach due to flooding issues.