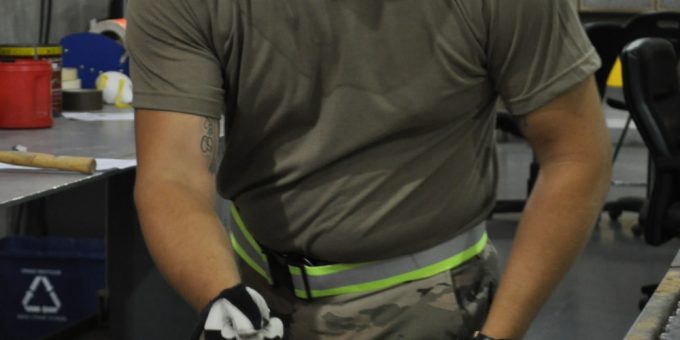 A soldier with the 95th Ordnance Company out of Hastings, Nebraska opens boxes of munitions for inspection during annual training at Crane Army Ammunition Activity. CAAA inspects all munitions coming in to and leaving the organization to ensure Warfighters receive the best ammunition.