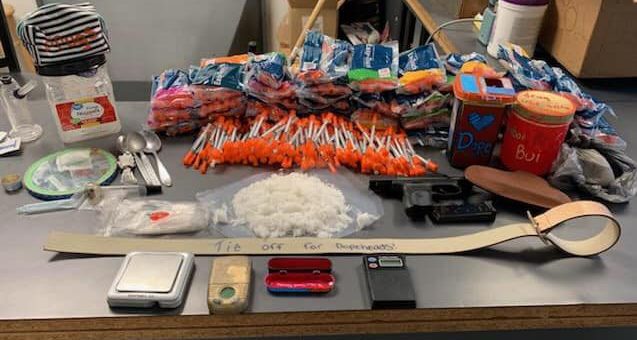 In one case, police say they found more than 700 syringes, many still in the bags. They also found more than 270 grams of meth in addition to a gun. Five people were arrested.

Police Chief Rodger Wiltermood sees the weekend’s arrests not only as a win for the fight against drugs but a win for department personnel.

“The department, Patrol Division and our street officers have done a great job in getting drugs and offenders off the street,” he said. “This is showing me the morale of the department is picking back up.”

Mayor Shannon Kohl expressed her gratitude. “The group we have is extremely dedicated to the department and to the residents of Martinsville. These arrests are a great reflection of that,” she said. “There’s a lot that goes on behind the scenes, they work tirelessly and many hours, that many don’t see.”

Chief Wiltermood, along with Mayor Kohl and Deputy Chief John Richards, thank the Police Department for its work and challenges the officers to “keep up the good work.”

The following suspects were taken into custody for the following charges. All suspects are presumed innocent until proven guilty in a court of law.