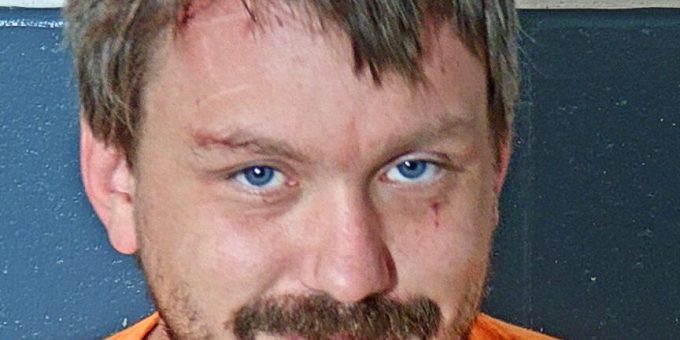 (BEDFORD) – A Mitchell man was arrested early this morning after Bedford Police officers were called to the 500 block of 14th Street around 12:45 a.m.

The caller reported the male had possibly had been hit by a car.

Officers arrived and located 34-year-old Joshua Jones laying on the side of the road with injuries to his face and hands.

“Joshua told officers he had been hit by a vehicle, but his injuries were not consistent with being struck by a vehicle,” says BPD Chief Terry Moore. Officers requested an ambulance to check on Joshua’s injuries. While speaking with Joshua officers noticed the odor of an alcoholic beverage and he displayed usual signs of intoxication.

Once the ambulance arrived Jones refused to cooperate with EMT’s and refused to lower his voice which caused other residents to walk outside.

Officers placed Jones under arrest and transported him to the hospital for his injuries. After being released from the hospital he was transported to jail on charges of public intoxication and disorderly conduct.