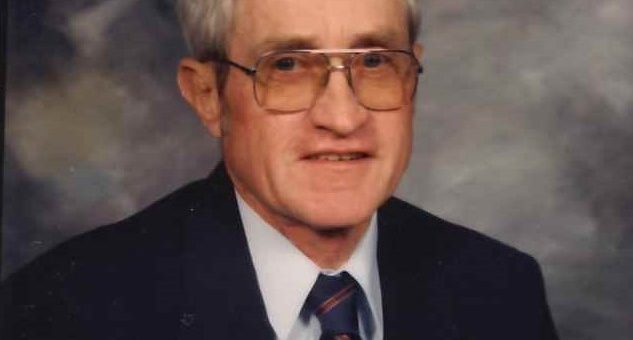 Born June 4, 1934, in Lawrence Co., he was the son of Ila Earl and Mary Geneva (Bennett) McBride. He was a graduate of Shawswick High School with the class of 1952 and served in the Indiana National Guard for nine years. He had worked on the farm of Louie Fish, at Roberts and Standish Feed Store, Westinghouse Corporation, and Indiana Gas Co. He was a member of Restoration Church of the Nazarene where he taught Sunday School for 39 years. He enjoyed gardening and “junking”.

He was preceded in death by his parents, his first wife, three sisters, Dorothy Hall, Vonda Ira, and Rose Barrett; one brother, John I. McBride and several nieces and nephews.