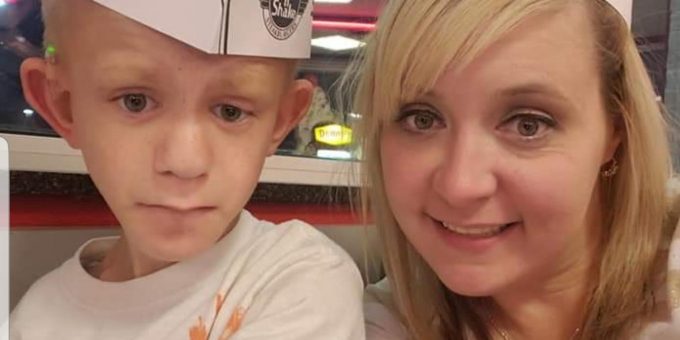 (BEDFORD) – Evan O’ Toole is really one of a million both because of his condition, and because he does not let his illness keep him down.

Evan was born at Peyton Manning Children’s Hospital when it was discovered that only half of his blood was traveling to his heart. His medical diagnosis is called Langer-Giedion Syndrome which is an uncommon genetic disorder caused by deletion of a small section of material on chromosome 8. The condition is so rare that he is one in million children are diagnosed with the condition.

Evan is an 11-year-old Parkview Intermediate Student who lives an active lifestyle in which he plays both baseball and basketball. Evan is a member of Dive Christian Church and he plays baseball at Campbellsburg.

Evan just returned from a trip from Disney World, where he was able to enjoy a fun-filled vacation with his parents Misty and Phil O’ Toole. Disney made the experience fun for the whole family.

“Riley has worked with us every step of the way. They make sure each child is not afraid of the surgery or appointments. To Evan, when he goes to the hospital, it is almost like a vacation to him. They dress up in clown uniforms, do magic tricks, and makes the child, and child’s family at ease.” Said Phil O’ Toole, Evan’s father. “If a family is asked to go to Riley, one thing I want these parents to know is not be afraid. Riley will be able to help them get through the challenges that they have to face, ” said Phil O’ Toole.

Throughout the whole process, Riley has support systems in place to make sure communication is always open. And explaining the process and treatment for each child and their cases.

Presently, Evan’s heart continues to gain strength, he uses braces to support his legs, tumors on his bones are causing some trouble throwing and catching with his left hand. Evan has already had more than 20 surgeries and has had to deal with a lung infection. This infection was the size of a tennis ball, and Evan was in the hospital for more than ten days.

“Evan has a lot of friends; there is not a place we cannot go where Evan is not shown love and appreciation. We go to Walmart and we are always running into someone who makes over on Evan,” said Phil.

On Saturday, the O’ Tooles will be at the Walmart with Evan and helping raise funds.