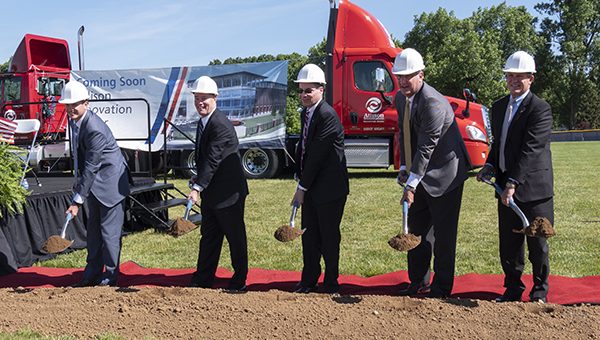 Allison is building a 95-thousand-square-foot “Innovation Center” on the west side of its Indianapolis headquarters. CEO David Graziosi says the building will allow Allison to bring existing R-and-D operations together under one roof and add more testing capacity, including for new transmissions for electric and alternative-fuel vhicles.

Groundbreaking for the Innovation Center comes four months after Allison announced plans for two environmental chambers to simulate extreme hot and cold temperatures and other foul-weather conditions to test how its transmissions perform. Together, Allison says the two additions will add more than 300 jobs.

The environmental testing facility will open next year, followed by the Innovation Center in 2021.