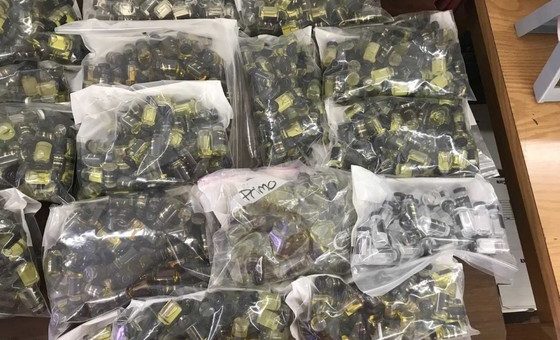 Police launched an investigation in February after discovering a package in Lawrenceburg that was on its way to Ohio.

That package contained a compound similar to steroids.

Troopers searched the home and discovered about 25,000 vials of steroids ready to be sent out.